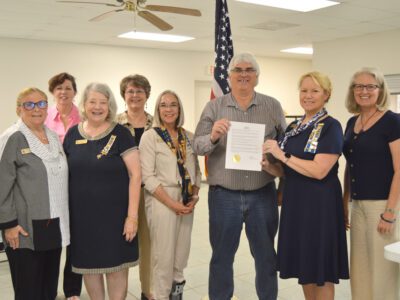 The Susanna Dickinson Chapter, National Society Daughters of the American Revolution, officially became a La Vernia-based organization at the chapter’s April 12 meeting. The chapter previously claimed Sayers as its location, but that has had drawbacks in recent years, according to chapter Regent Becky Thompson. “Sayers is an area, but it’s not a city, and people can’t find it on […]